There is good news for people who love Angry Birds, because there will be a series of Angry Birds-themed parks around the world.

There is good news for people who love Angry Birds, because there will be a series of Angry Birds-themed parks around the world. The first two parks will open in Finland this year, while several others are expected to open in the UK. ①However, the undertaker hasn’t decided the places and time of the British parks yet.

“We want to bring together the digital (数码的) world and the physical world in a way that’s never been seen before. ②Angry Birds is popular with people of all ages. So the parks will be designed to be interesting places for everyone around the world,” chief marketing officer, Peter Vesterbacka, of Angry Birds Company says.

“We are now working on creating a cartoon series of the games. They will only be between two and three minutes in length. But we are making an effort to get them to go out on television and online,” he says.

The Angry birds-themed park includes swings(秋千), sandpit(采沙坑) ,slides. Familiar characters and colors from the game are used in the park equipment. There is also an Angry Birds game that can be played outdoors in the park. 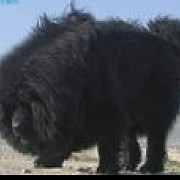